Chef Bab T is the maverick behind GET GRILL and needed to find a way to keep his customers coming back, without necessarily giving away too much free stuff. Restaurant loyalty is an interesting concept because the focal point is the food and the ambiance. It is imperative for a restaurant loyalty program to contain a hint of flavor that will bring the customer back. For example, GET GRILL is an Afro-Asian style restaurant in Brampton, Ontario serves grilled foods seasoned with loads of flavor. All the sauces, seasonings and condiments used in the restaurant are produced in-house. They even carry their own line of seasonings under the I-Spice brand. To bring customers back, they assign a coupon discounting an appetizer for the customers’ next visit.

For many years Chef Bab T worked in the city, opting to work/volunteer in local Bistros and Pubs in the summer months or whenever it was convenient. However, his preoccupation with working 9 am to 5 pm was challenged by an encounter in 2007 that would set him on this unfolding path. He experimented with marketing using social media, mailing flyers and emailing customers but found that texting his existing customers was the most effective way to notify customers of specials and deals.

Chef Bab T (babtee) as he likes to be called is an exemplary person. His love for cooking either indoors or outdoors is desirably infectious. When asked where he draws his inspiration from, Bab T explains; it’s from all the subtle vibes that usually go unnoticed, e.g. nature’s colors or rained-in days… and an insatiable desire to provide a service he is very passionate about. He adds “We all visit the same farmer’s markets, butcher’s store, and supermarkets or at least have access to them, what sets great Chefs apart is the processing of the produce between the store and the dinner table!

In creating scrumptious, lip-smacking dishes with a cross cultural, multi-ethnic appeal, Chef Bab T draws on his experiences across 3 continents and over a dozen countries and cultures and blends this with his artistic flair and knack for creating lip-smacking exotic dishes that leave your taste-buds guessing, and you… wanting more!

So get out there and get the Chef Bab T treatment, you won’t regret it. And while you’re at it, get their Loyalty Tag and start earning rewards.

Both Get Grill Loyalty and TV are powered by TapMango. 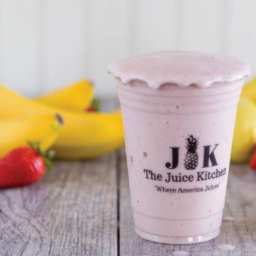 One of our consultants will be in touch with you very shortly.

Ready to find out more?

Complete the short form below and one of our team members will contact you shortly to take you through the ins and outs of the Tapmango customer engagement platform.